Today marks the first anniversary of my paternal grandson coming to live with me and my family. I spent much of the previous decade scattering my pixels across the web in the form of photographs and digital art. That creativity dried up entirely under the pressure of anxiety, and later the sheer struggle of caring for my larger newly formed family. After a whole year of virtually no web presence, I decided it was time to let something out online. This blog might be the beginning of a new outlet.

Adrian was just eight months old when he fell into our arms. His first four months of life were spent in hospital as a very poorly baby having suffered Acute Kidney Injury as a result of birth defects in his urinary tract. He had bilateral posterior urethral valves which had caused his urine/fluid to reflux back into both kidneys causing severe hydronephorosis. One of his kidneys was wiped out as a result, and the other was damaged very badly. At just three days old he was rushed off to QMC, in Nottingham to their specialist renal unit. He underwent procedures to drain his urinary tract, and his malfunctioning valves were burnt out to stop the reflux and further damage. He was given a specialist diet and medications to try to balance out his electrolyte levels. His growth faltered, and he failed to thrive.

After five traumatic weeks Adrian returned to our local hospital with his young parents. He continued to be closely monitored and was subject to various procedures and investigation. His milk was specialist, low in everything, and his meds were vital to regulating the correct levels in his blood, where his kidneys failed to do so.

At four months of age, Adrian was finally discharged from hospital, with a diagnosis of CKD (Chronic Kidney Disease), he went to live with a foster carer who had previously been a nurse. Whilst it was reassuring to us that Adrian’s wellbeing was presently in experienced hands, my OH and I knew that we couldn’t sit back and let our grandchild disappear into the care system. Adrian’s prognosis was unclear, but it was very likely that he would be unable to reach early childhood without major interventions in the form of kidney transplant or dialysis. We spoke with social services and told them we would offer him a home with our family, and were then subject to a lengthy assessment of our viability to care for Adrian. We passed the criteria in July 2017 and an SGO was passed in court in our favour. The weeks that ran up to getting Adrian to our house were pretty hectic. The contact visitation was ramped up considerably so Adrian got to know us all better, as well as training us to having a good understanding of what Adrian’s daily routines and medications consisted of. Travelling over to be with him was both a delight and terrifying in equal measure. We knew it was going to be a huge challenge, but really there was no other option in either mine or my OH’s mind.

The first few weeks after Adrian’s placement were challenging for us all. Our existing family unit had consisted of our two youngest boys aged 13 and 11, myself and my partner Dal. Our two youngest boys are both diagnosed with Autism, although they have very different sets of strengths and challenges, both enjoy being in their comfort zones at home. Each boy has their own room in our small three bedroom home, so Adrian’s cot was placed into mine and Dal’s room, and the multitude of baby equipment and belongings spread liberally across the rest of our home wherever a space could be made.

Within weeks of Adrian’s arrival both boys were back to school, each in a brand new setting. The elder lad beginning his journey at a new specialist ESMH school, and our youngest starting out at mainstream high school. School runs were tricky but do-able, sleep deprivation from night-time care and generally increased workload were slightly problematic, especially to begin with.
Medications needed to be decanted throughout the day, contact dates, community nurse visits, consultant appointments, school runs, piles of laundry and to begin with so much sick because of reflux. The new carpet we had laid for Adrian’s arrival was wrecked in those first few months.
But Adrian is so easy to love. He really is a lovely little fella and falling in love with him was quick and felt as natural to me as it had with any of my other babies. He bonded with me pretty quickly too.

Soon the Autumn turned to Winter and we cosied down to our new family routines. The boys coped exceptionally well with their new roles as Bro-Uncles and a strong bond built up between them all. Adrian sprouted hair and turned down the vomit phaser as his NG tube related swallowing reflex toughened up. solids were starting to go down without the sick pools we had become hardened to seeing at the dinner table. Adrian’s mobility improved, crawling about and bumping into things almost weekly. We battened down the hatches as he began to get around and half our furniture was wrapped in bubble wrap and pool noodles to prevent further injuries.
Adrian’s first birthday came and teeth sprouted. Then Christmas came and went in flurry of excitement.
Spring brought better results for feeding Adrian and he slowly gained weight and strength in his legs. By mid spring he was up on his feet and finally thriving with on his low potassium, Phosphate and Sodium diet. It really seemed that Adrian’s CKD was just a slight inconvenience to feeding and regular medication. Oh and those weekly subcutaneous EPO injections of course. And the monthly bloods… 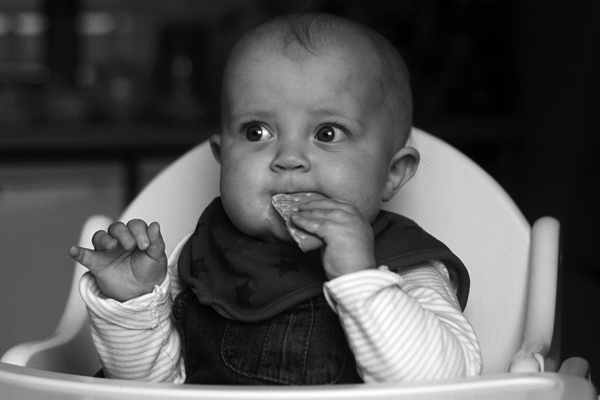 In April we had a letter from Nottingham Children’s Hospital with an appointment for Adrian to have a follow-up cystoscopy to check his ureters for strictures. Although the appointment was a day procedure, it was still a massive cause of anxiety to me. We live almost 180 miles from the specialists at QMC, and I was worried about every aspect of the trip, the physical invasion Adrian would undergo, the four-hour journey and leaving my boys at home with an altered routine and their own bunch of worries. When it came to the day of the operation all went well. I’d packed for every eventuality and my sister-in-law accompanied us for moral support on the road trip.We left at 3am with a sleeping Adrian and drove through the night, arriving after dawn with Adrian just stirring. All went well with the anesthetic and the cystoscopy went without problems, we were allowed to go home just after lunch. We got straight on the road, but sat nav programming issues caused a detour across five or six counties in on an uncharacteristically hot day for late april. We finally made it home at about 8pm some 19 hours after we left.

In May Adrian suddenly became very unwell, his temperature spiked, obvious abdominal pain and discharge in his nappy. His urine was tested and came back as a nasty UTI. Antibiotics were upped but didn’t seem to touch it. Antibiotics were changed and gradually he got a little better but as soon as the dosage reduced, his symptoms crept back. Adrian’s monthly blood test results came back as alarmingly high in Creatinine and Urea showing a sudden drop in kidney filtration. His Creatinine had shot up to 233 when it had previously sat just over 100. Another quick change of antibiotic, to a gentler medicine finally knocked the UTI on the head, but the damage seemed to already been done.

Since May Adrian’s levels of toxins have gradually come down a little, but certainly not as much as his consultant had hoped. In July we had a routine clinic appointment with Dr Evans. pediatric Nephrologist from Nottingham children’s Hospital. He runs a three monthly renal outreach clinic at our local hospital, shared with Adrian’s own pediatrician. Also in attendance were our Community Nurse who visits weekly and Adrian’s Dietician. During Dr Evans Clinic things took an unexpected turn and we were told that there were a few procedures that could be attempted to potentially bring down Adrian’s high toxic blood levels by freely draining the bladder and taking some pressure off his remaining functioning kidney. Dr Evans described his function as being around 15% in that little kidney. A bed was booked for that very same night on ward E17 up in Nottingham and as we walked out of clinic complete panic ensued for me. I felt I’d been hit by a giant wave of terror. An unplanned journey to the unknown, and I knew I was on my own with it. There is only space for one parent to stay on ward, and besides my boys would need their Dad to keep everything together at home.

Our stay on E17 at QMC lasted six long nights. It was the first time I had left either of my boys for more than one night and it was difficult for us all. Once home though the summer holidays had begun and we have spent the last month re-grouping as a family and getting back into a more laid back summery routine. Adrian’s indwelling catheter has been quite a challenge in the warm summer weather. Double nappies for hygiene. keeping wee and poo separate, make for a very sweaty baby. Add a buttoned vest suit to keep inquisitive hands away from the catheter tube, and Adrian has been really quite restricted. Bathing with a catheter bag was a nightmare that was swiftly replaced in favour of rapid showering. Paddling pool is off-limits, and most nappy changes are a four handed, two person job. Our circle has stayed very small in the last few weeks, just to keep things as simple as possible. The boys are quite comfortable in their own environment at home which is a blessing as we haven’t been far and they haven’t seemed bored either.

Next week we are due back at Nottingham Children’s Hospital for a follow-up nephrology appointment and an Echocardiogram. We were lucky enough to have been able to rebook these two appointments onto the same day, and we’re hoping that it will be just an epic one-day trip this time around.