Five weeks after our impromptu stay at QMC in Nottingham, Adrian and I returned to ward E17 for further planned tests and a review.

Adrian’s blood tests that followed the fitting of his indwelling catheter had shown no real improvements. His creatinine level was still in the 200’s indicating that the free drainage of his bladder hadn’t helped his eGFR. It was planned that Adrian’s catheter would be removed during our visit, but first Mr Shenoy the Consultant Urologist would like him to have a cystogram. This is where a radiosensitive dye is inserted into the urethral catheter, and a series of x-rays are taken simultaneously. An echocardiogram scan on Adrian’s heart was also planned for the same day in Nottingham.

We were asked to be on the ward between 9-10am, and with it being such a long journey I decided we’d set off in plenty of time. We left home at 4.15am with Adrian sleeping soundly in his car seat. The journey up was trouble-free and we arrived at QMC nice and early at 7.50am.
Another warm welcome onto E17 and we were settled up in our bay by 8.15am, Adrian excited to be back in the place he recognised from a few weeks before.

Last time that Adrian had a renal ultrasound he was very difficult manage. At 20 months he’s strong for his 9kgs. He was upset and writhing so much that it was tricky to get the required images. This time around it was planned for him to have a sedative for both the required tests, which meant fasting him from 4am, and the fitting of cannula before the tests. 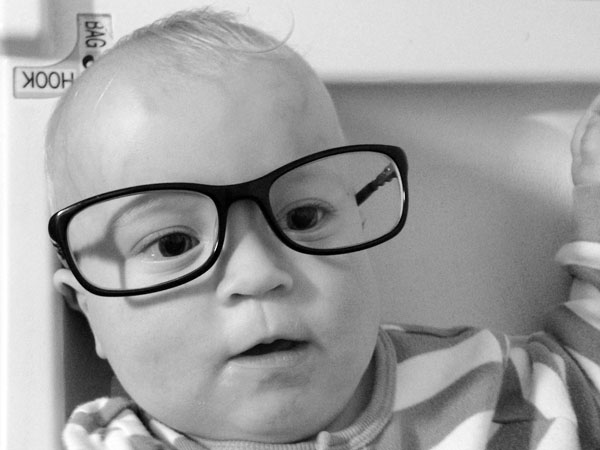 By about 9.15am Adrian had begun to realise he was really hungry. Luckily the team were fantastic, with plenty of support was on offer to help distract Adrian from the attempts at fitting his cannula. Both hands were tried before getting the correct spot on his foot. Whilst his vein was open, plenty of bloods were also taken for various immunity and virus screening tests. With the cannula all bandaged into place, it was back to our bay to await further instructions.

A while later nurses came to administer an oral sedative for Adrian. It was hoped that this would be enough to get the tests carried out. The medication they gave didn’t put him to sleep, but did put him on his back for a while which turned out to be enough.
The lady who performed Adrian’s echocardiogram appeared a short while later with her fantastically large machine wheeled right to Adrian’s bedside on E17. This was a nice surprise as I’d imagined we’d need to go down to another area of the hospital as it had been previously planned as an outpatient clinic.
The scan seemed to go well, with minimal wiggles from Adrian and just a few distractions needed.
Soon after we were collected, bed and all, by a nurse and play specialist. We taken downstairs to B floor where children’s x-ray is located. A short wait and we were wheeled in and Adrian was stripped off and transferred to the table of the x-ray machine. We all donned our lead aprons and the procedure went ahead. A clear dye was flushed into his catheter tube, which was immediately visible live on-screen. A series of images were collected and the dye was then pulled back out of his catheter.
Back on ward, we’d only just missed the lunch trolley but the nurses were kind enough to call down for more fish fingers for Adrian. He was a little more with it by then and glugging down drink and snacks while he waited for his lunch. 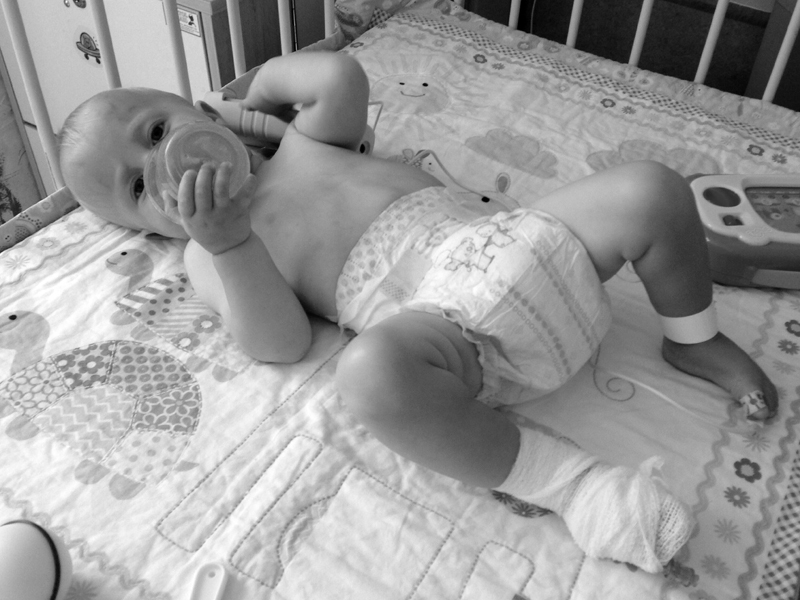 After lunch we met the wonderful CKD specialist nurse who answered lots of my questions and brought me up some information booklets. She told me they have a renal mobile which I can text questions to, as well as providing a list of other important numbers.
Back to the playroom on E17, we then waited for the outcome of the early afternoon senior staff meeting. 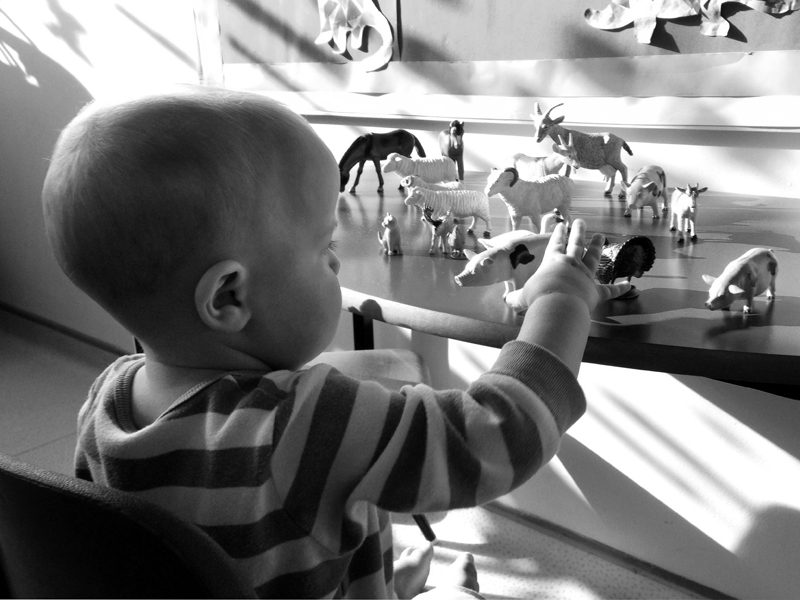 Later in the afternoon Dr Evans visited us on ward and let us know the updated plan for Adrian. He reiterated that his catheter had not brought the results they had hoped for, and could now be removed. He also said that the cystogram performed earlier had shown the same kind of urine reflux into his kidneys that they had expected to see. Dr Evans went on to say that Adrian’s rapid decline in eGFR had left him with stage 5 CKD and he estimated that he would reach ESRF within 12 months. Further invasive treatments would be required to keep Adrian alive.
The ongoing plan is now to get Adrian worked up for pre-emptive kidney transplantation. It is hoped that Adrian can be ready to have a transplant operation before his filtration is so low that he requires dialysis.
After Dr Evans had given us to all clear to go home, nurses came to remove Adrian’s cannula and his indwelling catheter. Both went smoothly, and seemingly pain-free. I was so glad to see the back of the catheter tube which had been a real pain to deal with over the long weeks of summer. Adrian is obviously unable to say so himself, but I’m certain he feels much more free!

Once the tubes were out it was almost dinner time on ward. We stayed for a another meal while the discharge papers were dealt with, then packed our things and made our way off ward about 6.15pm.
I decided to dump all the heavy bags back off at the car, and then take Adrian out for a stroll to fill his lungs with fresh air, and wear him out ready for his long journey home to Suffolk. 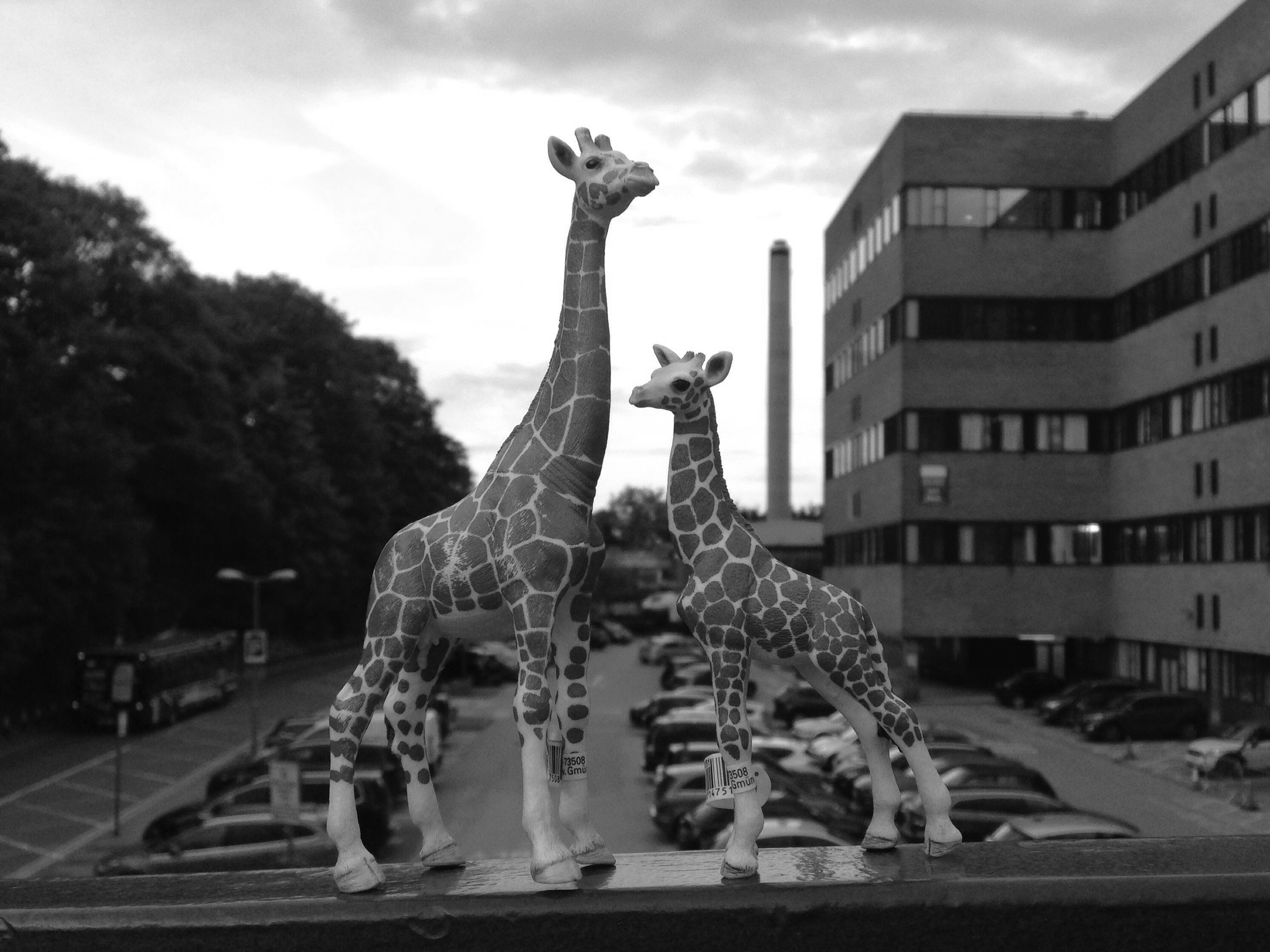 We bought strong coffee, and walked over to the campus of Nottingham University to have a run about on the grass. Adrian collected pinecones and sticks beneath the trees and ran about on the grass. Finishing off the day with a huge post-sedative poo.
Back to QMC one last time for nappy changing and paying to exit the car park, we were finally on our way home at 7.50pm, hoping to have missed the rush hour traffic, me hoping that Adrian would sleep all the way home.

We got off to a bad start. I was on route and confident that I was taking the correct route out of Nottingham, but Adrian seemed to be pipping away a lot in the back. As we went on his little noises began to get more frequent and desperate. Glancing back for a second I spotted a de-constructed bottle of baby milk on the centre seat. This little technique was a favourite for about a week or two. Several times he’d managed to tug the teat out from the ring causing all manner of messes. I should have considered it before setting out, but assumed he was sleepy enough to have a quick sup before nodding off.
Pulling over at the closest lay-by revealed the extent of his (self-imposed) situation… 5oz of baby milk soaked into his PJ’s and sitting in a puddle beneath him.
I’d had the foresight to have both his rear-facing cradle seat on it’s base, as well as his newer forward facing seat which is much more upright. I’d read that rear facing is safer, and aware that Adrian was only just at the lower end weight restriction of the new seat, I’d decided to put him in the little seat both there and back. That plan got scrapped however, and Adrian was unceremoniously stripped off by the side of the road, change of nappy, clothes and into his newer and drier car seat.

Luckily Adrian went off to sleep within minutes, and slept soundly through several counties and then his Nanny getting lost 40 miles from home. I ignored over 20 miles of obvious signs that warned of a diversion ahead. The crescendo came when I reached a huge roundabout which was closed off creating the aforementioned diversion. I decided I’d veer off the main road and into the next dark, dark little lane rather than admit my idiotic mistake and head 20 miles back up the same major road.
I’d previously been pondering why I seemed to be the only car on my side of the carriageway for so long. I got a bit paranoid, thinking that I was flashed by a couple of cars heading the other way. Still I assumed I’d be able to come off the road at some nearer home. After all the road wasn’t physically closed (that I’d noticed), so I’d kept my foot down and longed for home.
Getting the maps going on my phone helped me out slightly, but led me back onto the major route a few times before leading me through miles of pitch black arable land. I was terrified that the engine would fail, leaving me in the dark with a flat(ish) iPhone and a screaming baby.
It didn’t happen. Adrian slept on through my bolt upright, eyes on stalks diversions, then thankfully onto the well trodden path I knew. Back on course at last, I was relieved to be under an hour from home. Adrian woke when we were 10 minutes away, in good spirits in spite of his confinement to his seat. We finally got in at 11.40pm, a very long day but so relieved to have Adrian catheter free!